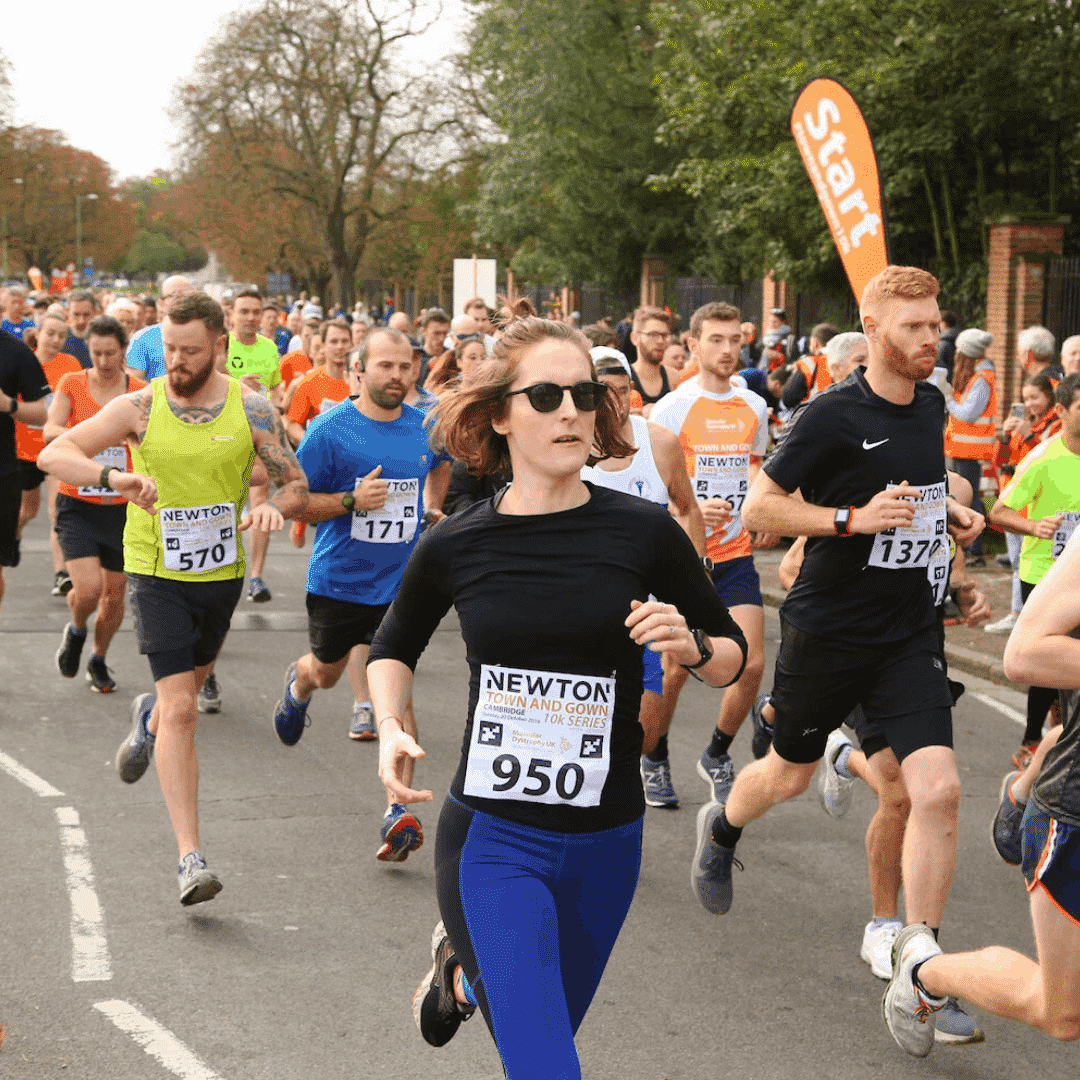 If you’re used to running at the same pace, week in week out, then now is the time to switch up your training routine.

In order to run faster for longer, you need to be challenging your body in different ways.

Here are the top 5 secrets to running faster for longer.

Warm up before your run

A lot of runners say, no matter their experience, say that the first mile of a run is the hardest.

You start your run and your legs feel heavy and your breathing feels laboured.

When you start running, your muscles’ oxygen needs immediately spike upwards, but the time it takes for the rest of your body to respond is dictated by your ‘oxygen kinetics’, or response time.

This oxygen deficit then triggers signals that cause your breathing and heart rate to speed up. Within two to three minutes, your muscles get enough oxygen.

To combat this initial oxygen deficit, ensure you do a warm up 10 to 15 minutes before your run.

Include a sustained burst of intense running in your warm up. For example, do 45 to 60 seconds at your 5k race pace.

This will prime your body (and mind) for the run, while allowing you enough time to recover before the race starts.

It’s also a good idea to include some dynamic stretches in your run to get your muscles and joints ready for the run.

A proper warm up is also proven to reduce the risk of injury, as well as get you mentally prepared for the race ahead.

Increase your speed during training

Over the course of a run, the amount of energy and oxygen needed to maintain your pace graudally inches upward.

As you run for longer, it becomes increasingly harder to hold your pace. This is why it’s important to do speedwork during your training.

Speedwork is essentially more explosive types of running, such as interval training and tempo running, that helps to build your strength, power and endurance as a runner.

You have two types of muscle fibres in your muscles – slow twitch and fast twitch.

Whilst slow twitch muscle fibres are recruited on long, slow runs, fast twitch fibres are more commonly used during explosive movements where the demand for energy and oxygen is higher.

By including more speedwork in your training, you are training your fast twitch fibres to be more efficient.

It’s important to train them in this way so that when your slow twitch fibres eventually deplete at the end of a long run, they can be replaced by fast twitch fibres to deliver slow and steady power.

I think we’d all like the ability to push as hard we wanted without feeling much pain or fatigue.

The reality is, your muscles pay the price if you run too fast and fail to practice proper pacing during a run.

If you push too hard at the start of a race, you’ll discover your limits much sooner in the race.

Practice pacing during your training so that you don’t hit any roadblocks during the race.

Work out your goal time for the run then break this down into minutes per mile, or per kilometre if you prefer.

There are lots of pace calculators out there that let you input various bits of data, such as your desired race time and distance, in order to work out your pace.

For example, in order to run a half marathon in 2 hours or less, you’d have to run at 9.09 minutes per mile.

The key to effective pacing is keeping a steady pace throughout your run. Don’t be tempted to run faster at the start of the race when you undoubtedly feel fresher.

A steady pace will mean you have energy and oxygen reserves at the end of your race to keep you going.

You know the feeling. You’re nearing the end of your race and everything seems to be hurting.

Instead of pushing a little harder through those crucial miles, you slow down in an attempt to make the final miles a little more bearable.

The struggle to continue versus a mounting desire to stop is a feeling I’m sure all runners have experienced at one time or another, no matter the race distance.

Fatigue, in its many forms, and effort are linked. When you start to feel tired, this adversely affects your psychological state, which in turn affects the amount of effort you put into the race.

But what if I told you that you could overcome these barriers by training your brain.

By tapping into your psychological state and taking advantage of things like motivational self-talk, you can alter perceived effort instead of pain.

We know what happens in the body when we run and we’ve come up with explanations for many of the sensations we feel and limits we encounter.

The next great training is understanding the brain and hijacking our overall sense of how hard it is to maintain a steady race pace.

Your body is a lot more capable than you think.

Once you get over that initial sense of fatigue and pain, your brain will take over and get you through those last crucial miles.

There’s only so much you can do or motivate yourself to do when you run alone.

Many runners’ training transformed when they joined a running club.

Running with friends is always a surefire way to motivate yourself – not only to run but to challenge yourself in ways that you wouldn’t do if you were running alone.

The key is to find a run club that matches your running experience and goals.

Before you join, it’s worth having a chat with a running coach from the club to see how they can help you. You may also want to join a trial session to see if it’s for you.

Many clubs offer a range of sessions aimed at different ability levels. If your goal is to run faster for longer, then you’ll want to join a club that offers all types of training, not just the easy and long and steady runs.

You may also want to research local athletics clubs if you want to step up your training even further.

The advice and expertise of a qualified running coach is invaluable. They will also be able to advise on a suitable training plans as well as things like nutrition and recovery.